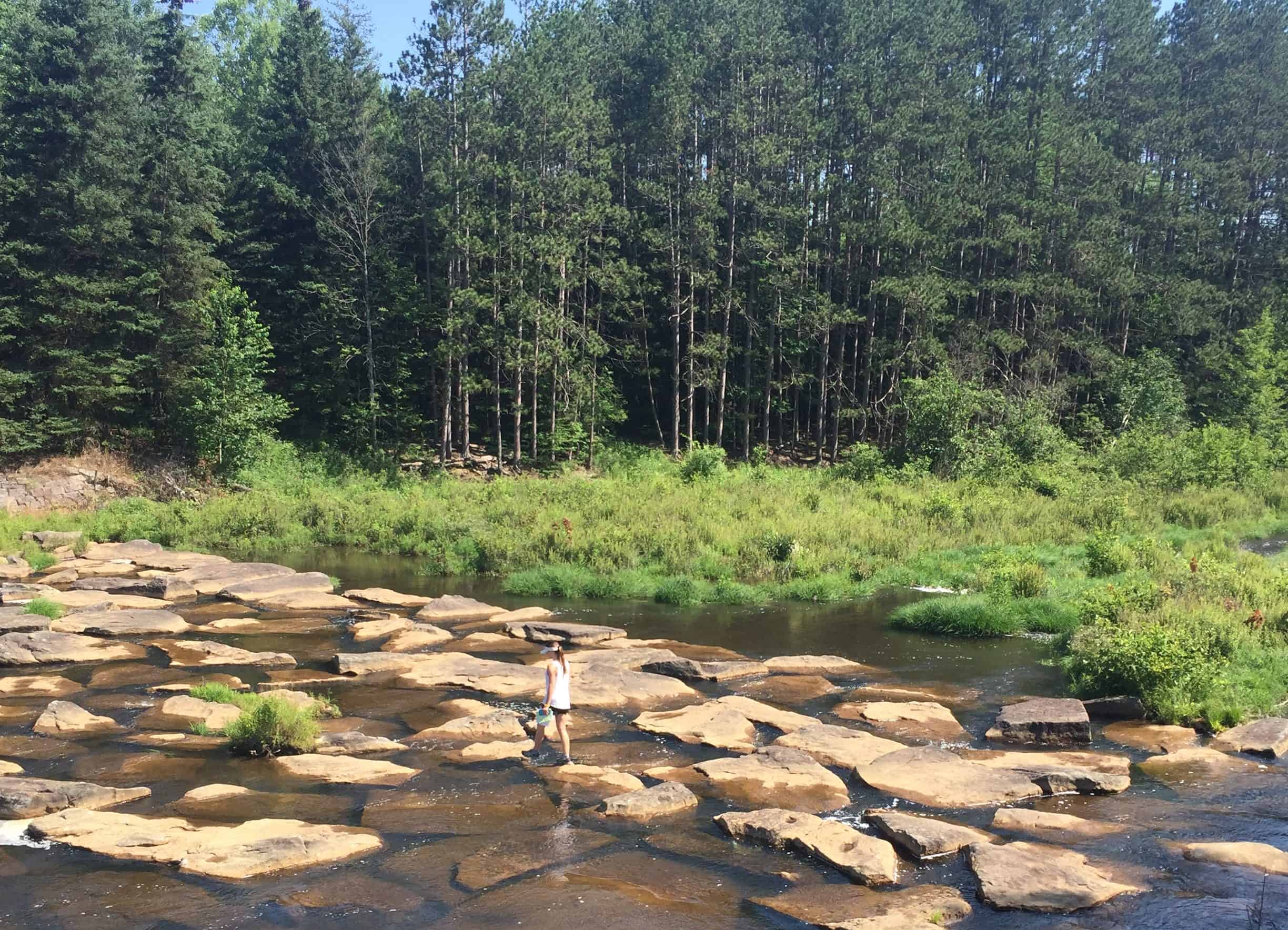 On our journey to visit as many Pennsylvania state parks with overnight RV accommodations as we can in Axl Roads, next up is Parker Dam State Park in Penfield, Clearfield County!

Parker Dam State Park is in Moshannon State Forest in the northeastern part of central Pennsylvania. It sits on land that was originally owned by American Indians, but was quickly taken over by loggers and people looking to claim the land for their homes. It’s named for William Parker, a man who leased the lumbering rights for the area in the mid-1800s. He built a dam at the current lake site to store the giant trees that rolled down the log slides, before releasing them downstream on their journey to the sawmills.

The logs-down-the-stream method of moving wood became impractical and trains took over the process in the very early 1900s. Parker Dam became another park where the Civilian Conservation Corps (CCC), established by President Roosevelt, stepped in to replant trees, build park things like trails & pavilions and create the Parker Dam (and Lake) there today. You can learn more about the CCC’s history at the PA DCNR page dedicated to them.

The park rents kayaks, canoes and paddle boats for the lake, plus we saw many people fishing from their boats and along the shore. They have tent camping, cabins, full hook-up RV spots, and shower houses. There is also a sand beach (no pets allowed as usual, boo!).

As we arrived, our neighbors were quick to warn us of recent rattlesnakes in the area- four small ones had been caught near our spot that same week! We’ve had some recent run-ins with snakes lately, so we definitely paid attention and scoped the area thoroughly.

As with ANY camping spot, we recommend checking out the entire area when you arrive just in case any slinky visitors are hanging out in your fire pit, under your picnic table, or around the rocks, shrubs or stumps near you.

On a side note, the hot showers in this campground were very clean & modern & did NOT have timers on them (amen).

Parker Dam State Park is just over 950 acres, including around 15 trails.

The stepping stones across the lower dam were my favorite feature in the park, so give it a try when you visit if the water isn’t too high! Franklin loved navigating them to the other side, and it was just challenging enough to kick off our hot hiking day. 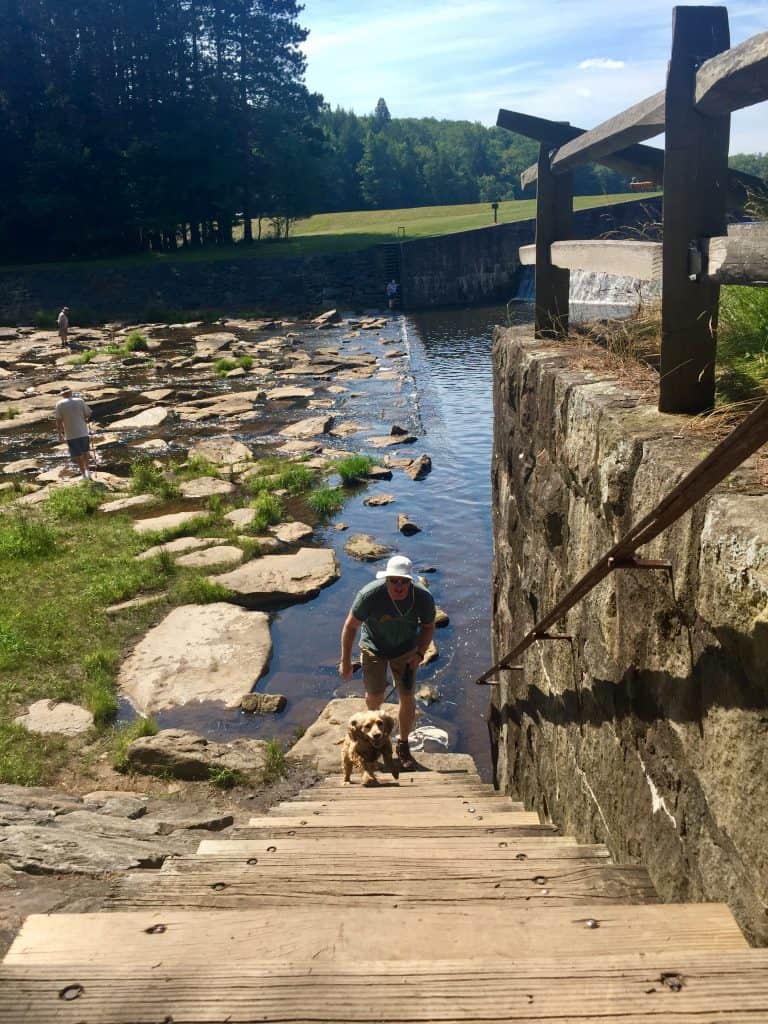 For a great view, we climbed up the south part of the Trail of New Giants and followed the path about ¾ of the way through to the scenic overlook.

Don’t be fooled by the first overlook with benches…keep following the path to the second, much better overlook! 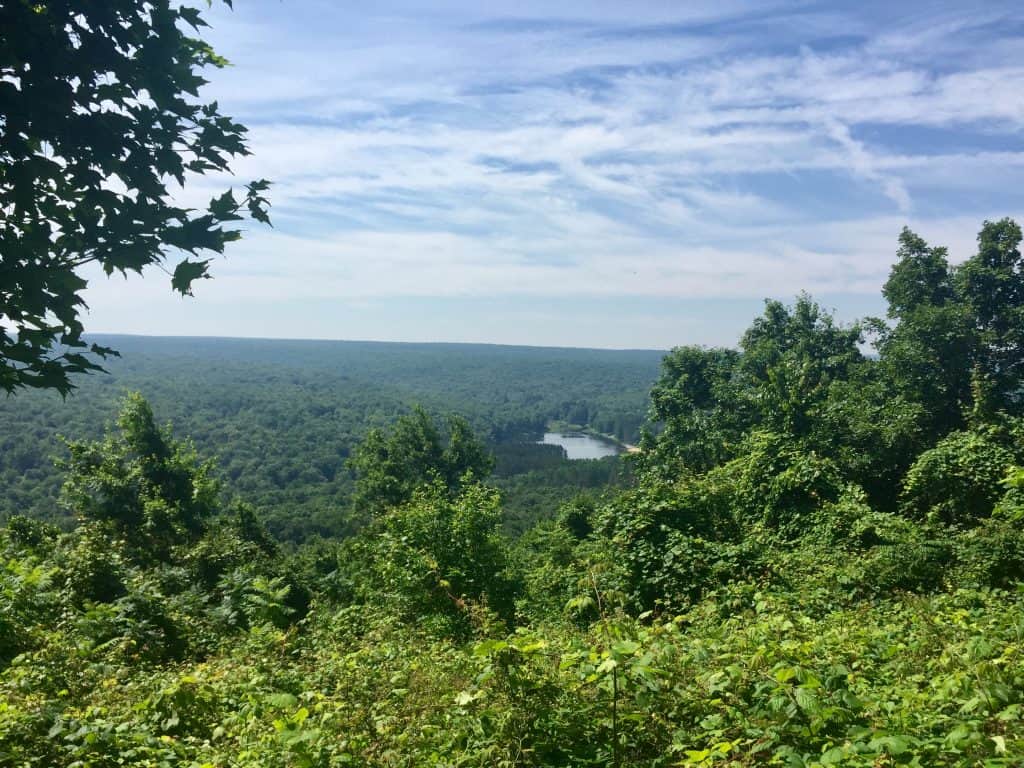 We completed the last ¼ of the Trail of New Giants (about 1.25 miles total), and proceeded to the CCC Trail. This one was a little grassy and made me think of last week’s tick warning, so we headed it off at about ½ mile in and crossed over to the Laurel Run Trail. Franklin had a great time splashing in & out of the creek along this trail!

We also kayaked on the Lake later on the first day, and Franklin tried out his new life jacket. Had he held still long enough for a photo, we’d share one. We carried our kayaks to the lake from our spot, but we recommend using the free mooring spots when you pull in rather than testing your strength (or your spouse’s) to haul them down and back up the trail!

We wrapped up our hiking by doing the Stumpfield Trail with some small wildlife & bear poop sightings (ugh, that is two giant piles for 2018 so far)! 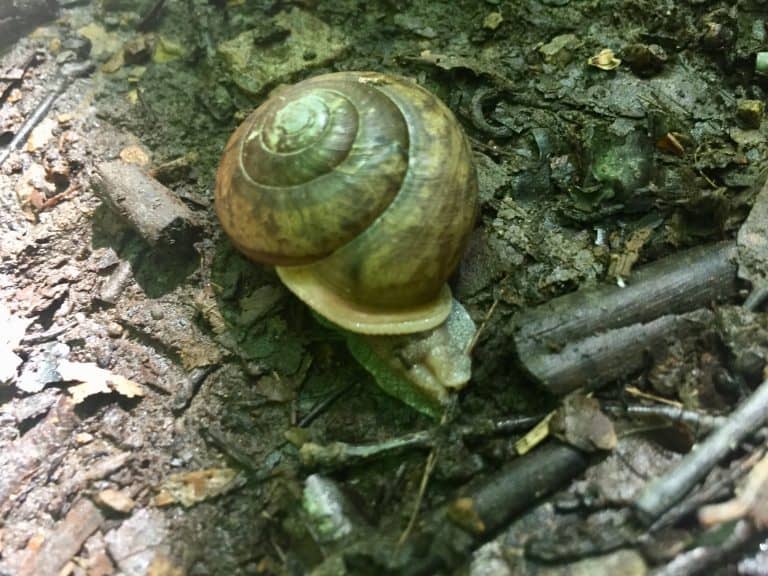 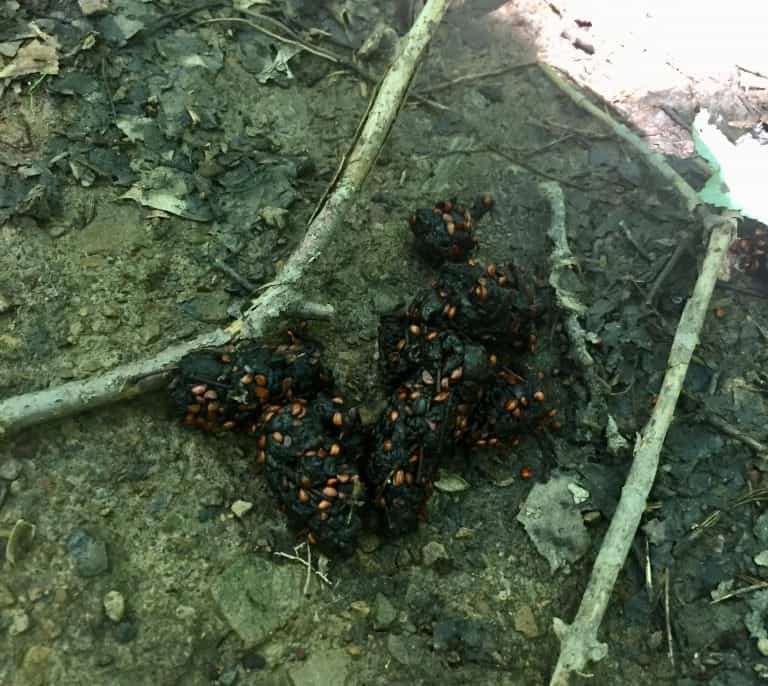 ….and finally connected to the Log Slide Trail to see the old-school-logging-days displays heading back towards the lake.

On the way home, we made a pit stop in Punxsutawney- home of famous Punxsutawney Phil the Groundhog!

If you stop in Punxsutawney, grab a quick coffee & delicious snack (like a Monster cookie) at Ginger Snapped Bakery & Café.

This is one of the FEW bakeries we’ve encountered that was open on a Sunday, so kudos to them for catering to travelers heading back home after weekend adventures! 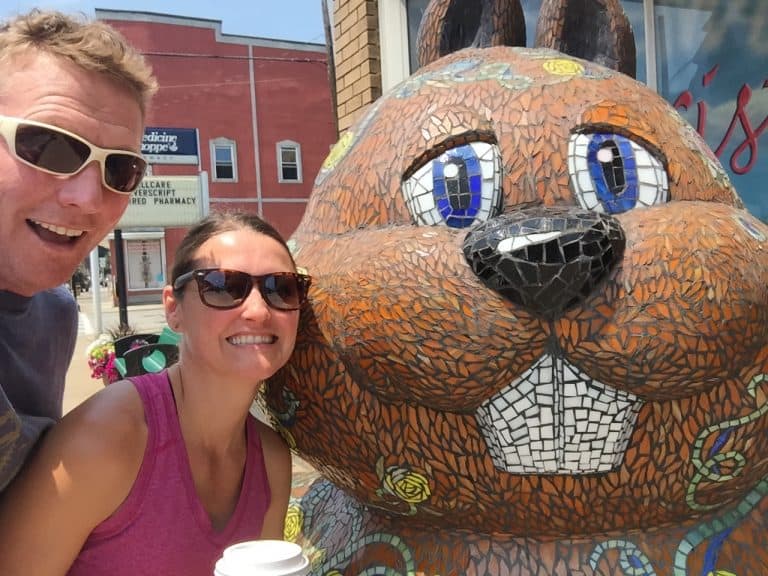 Parker Dam State Park in Pennsylvania doesn’t quite make our Top 3, but it is well worth a weekend RV trip. The beautiful forests around it make the drive enjoyable & be on the lookout for the rock people assembled along both sides of Route 153!

Are you looking for your first RV? Maybe we can help!