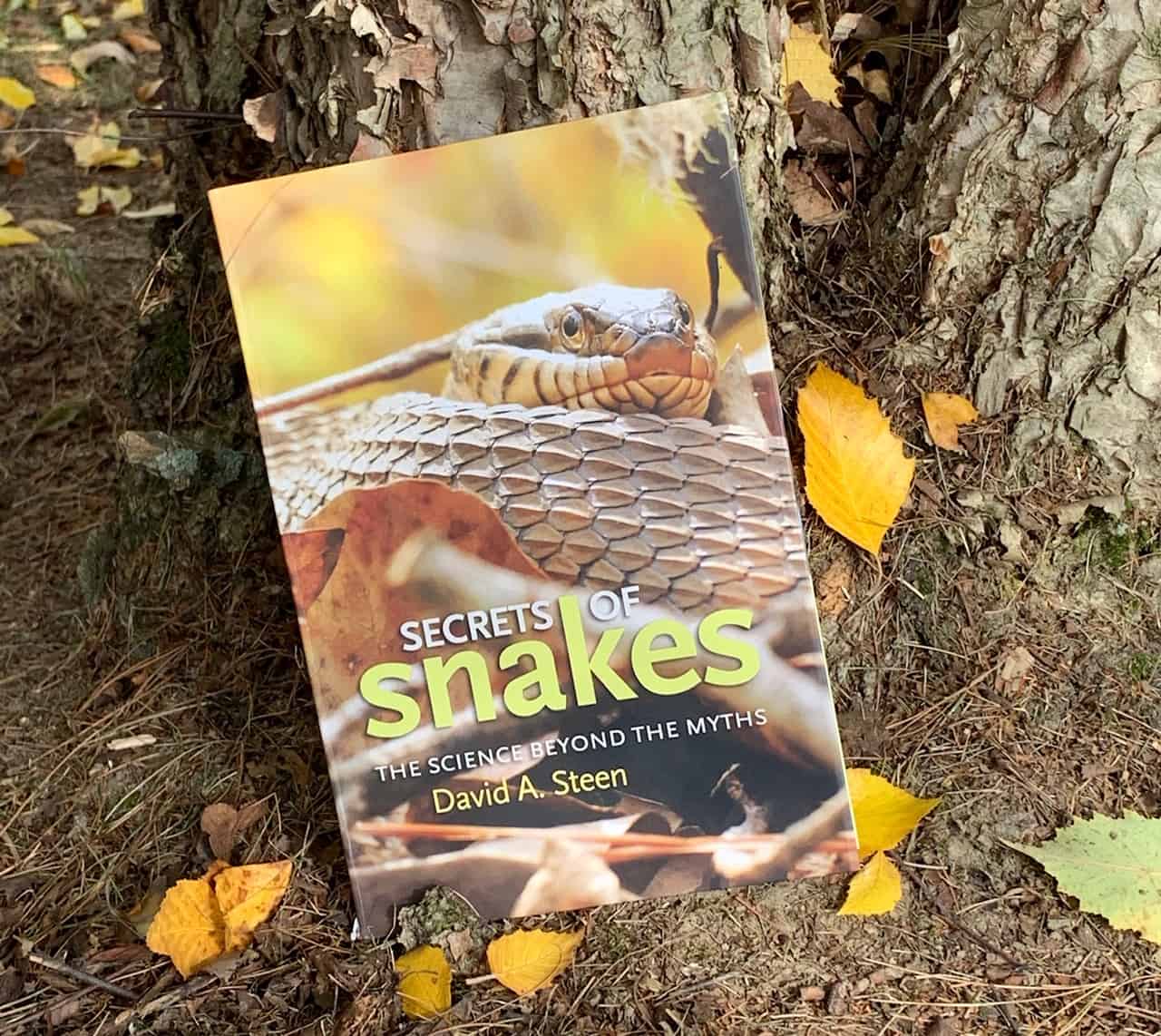 You will likely come across a few slithery friends while you are hiking and camping, so prepare yourself by reading David Steen’s Secrets of Snakes!

If snakes fascinate you, but you aren’t familiar with David, go to the Twitterverse right now and FOLLOW HIM!

His profile notes he’s a wildlife scientist and science communicator, but he is also a fantastical snake identifier.

He graciously shares his knowledge and expertise by helping anyone (including us!) identify snakes in their photos. 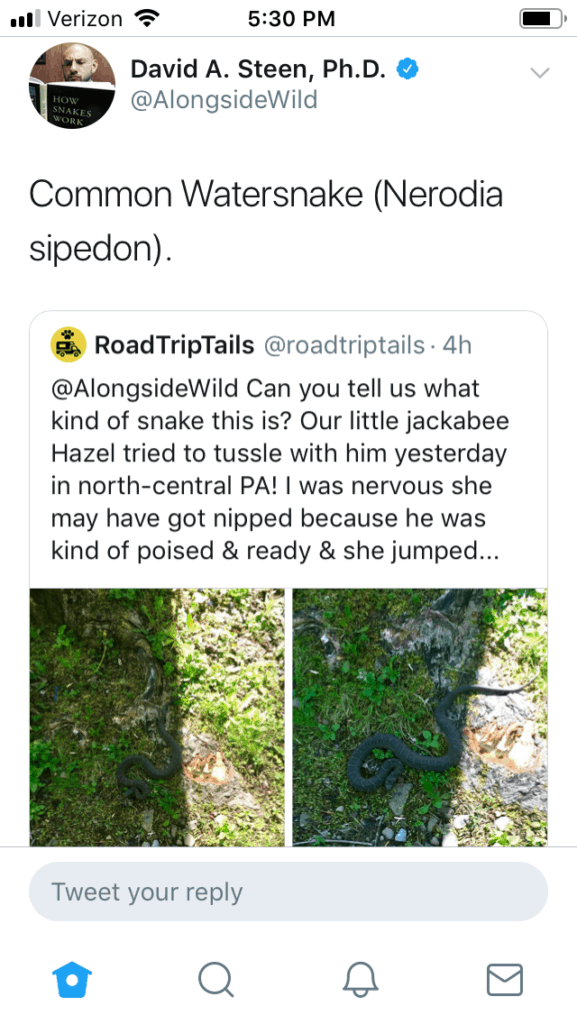 I first found David’s work when I read an article about The Best Biologist on Twitter. I quickly gave him a follow and have not been disappointed!

David identifies snakes day and night, left and right, and squashes some myths along the way- but he doesn’t ever squash snakes!

In 2019, David released his first book, Secrets of Snakes. I purchased it for my 2020 RV travel season collection, excited to see what else I could learn about these slinky creatures.

For context, we’ve had our share of snake encounters while hiking, from the one I mentioned above to a few others: 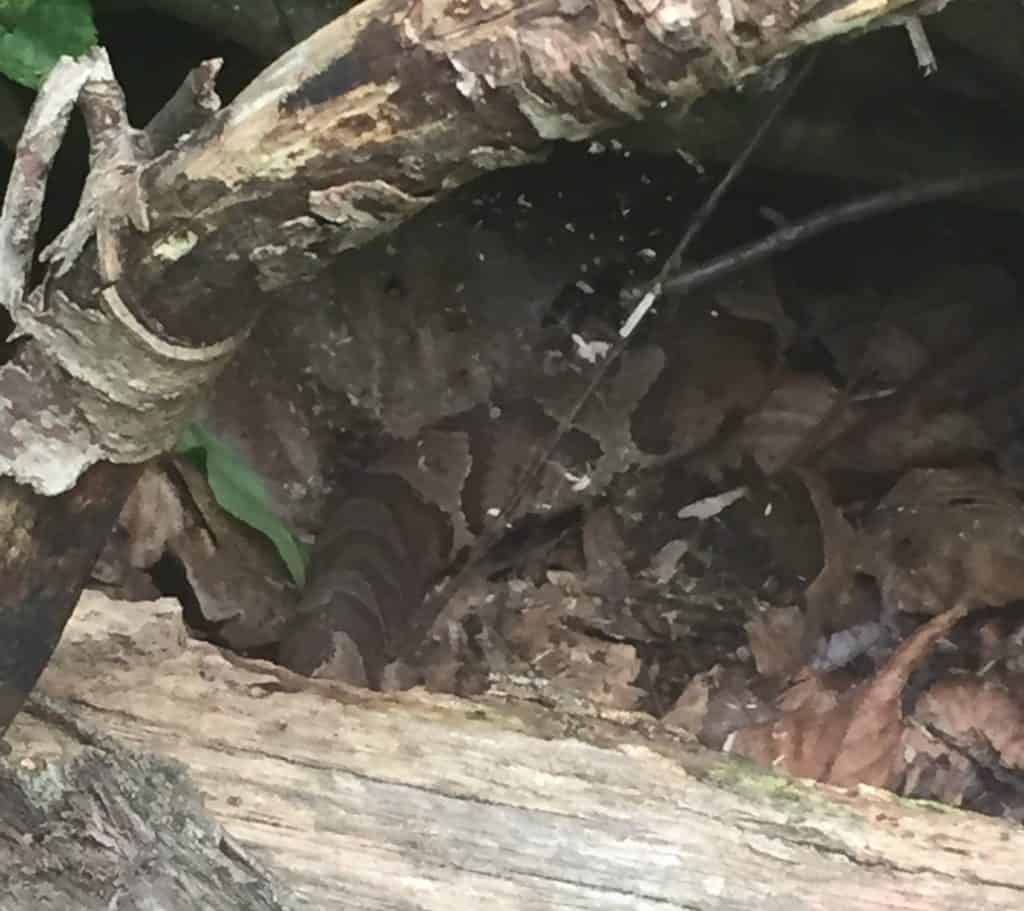 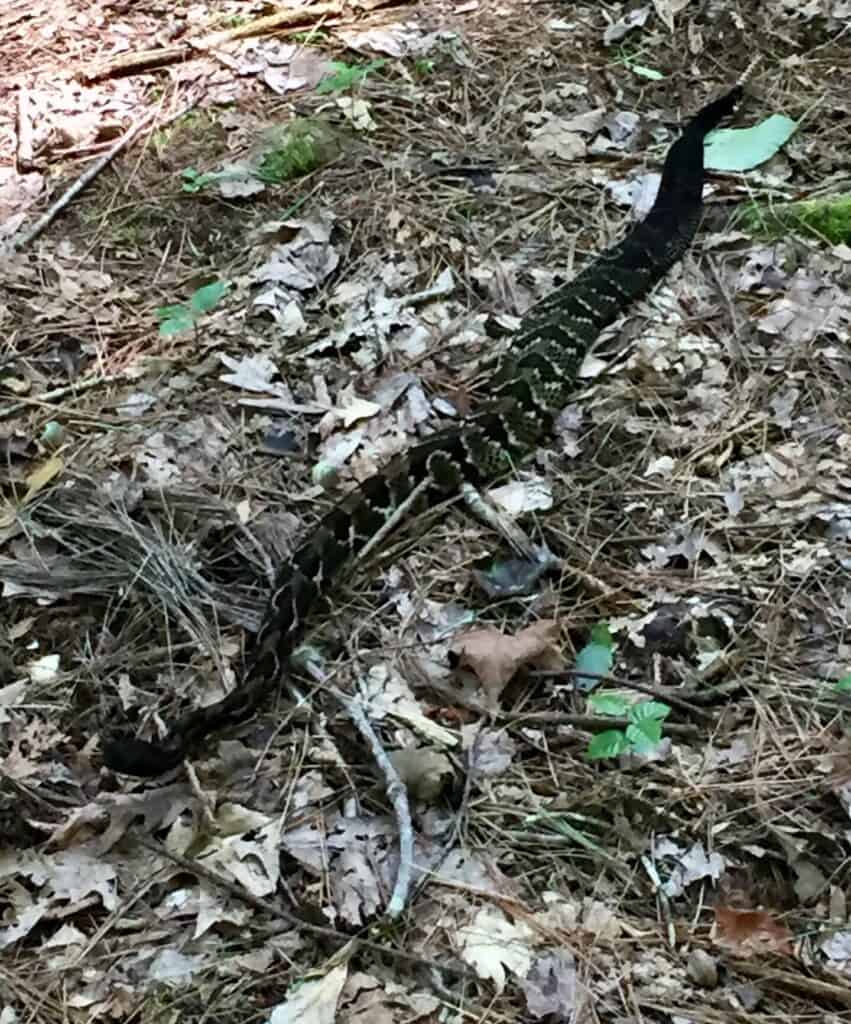 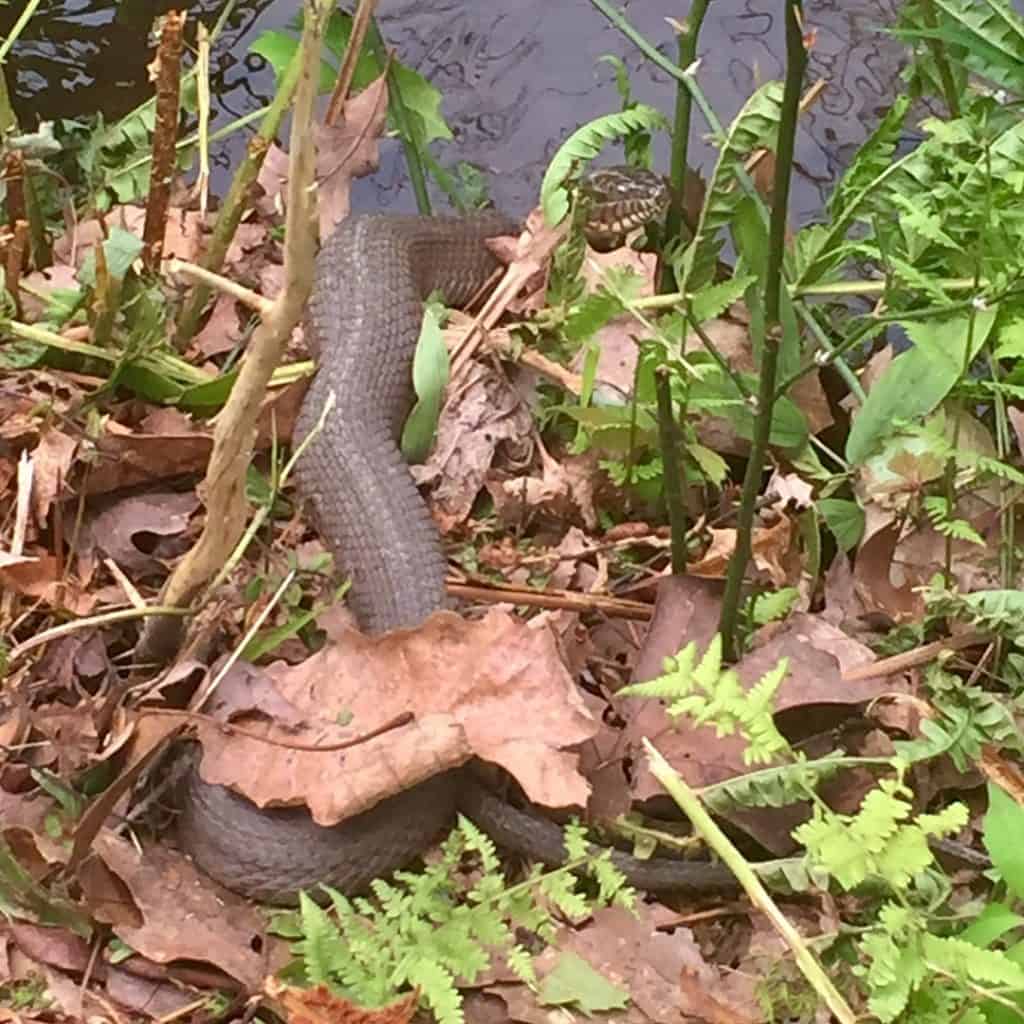 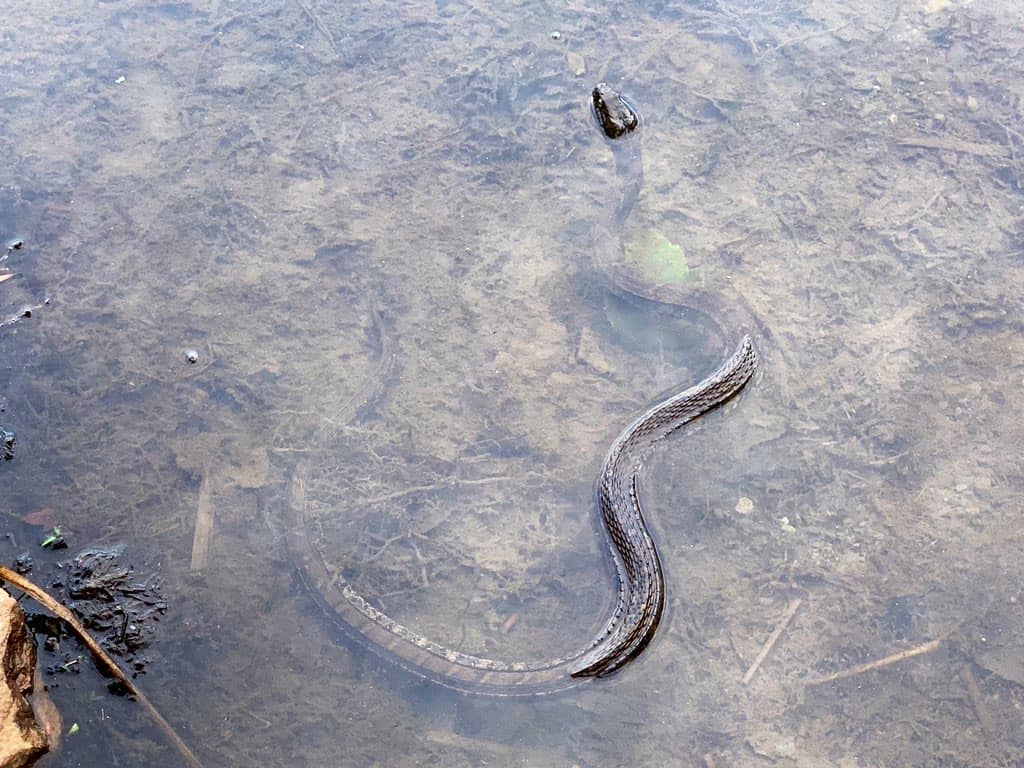 With the exception of Hazel’s misstep on the watersnake, our other encounters shared one thing in common: the snakes either sat calmly while we took the photos or slowly slithered away.

Not once did they act aggressively or start chasing us. Which, David outlines in the book, is pretty par for the course.

Snakes realize us humans have them beat many, many times in size, so they (smartly) aren’t actively seeking out people to scare or bite.

So I guess one of the Secrets of Snakes are that they aren’t out to get you, even though a lot of movies and stories would have you imagining otherwise!

The book is divided into three parts with a total of 29 chapters, and features vivid photographs with a “Where’s Waldo?” feel to them – if Waldo was a snake!

I’m still trying to find Waldo in some of them…

Of the three sections, the one I was most interested in was “Snake Myths and Misconceptions”, mainly because I’ve heard so many!

David manages to mix lots of facts and research into his honest answers and explanations in an engaging way. I learned so much in each chapter that I was frequently reading sections out loud to Russ (“Can you believe this?!”) or referencing things I had learned (“No, that’s just a common gartersnake”).

We highly recommend reading Secrets of Snakes before your next big hike so you’ll be ready to spot, identify, and share real facts about the slinky friends you find along the way. 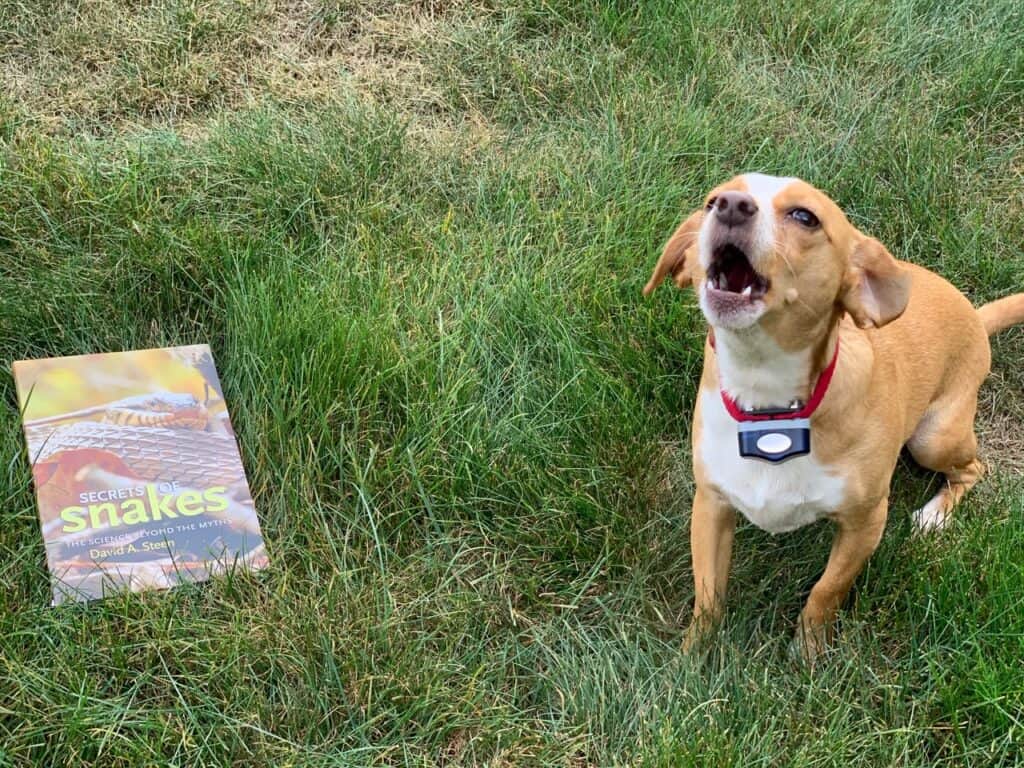 Looking for one more nature-based read? We reviewed another here.

One Trip Report had several snakey sightings! Read about our visits to Cowans Gap.