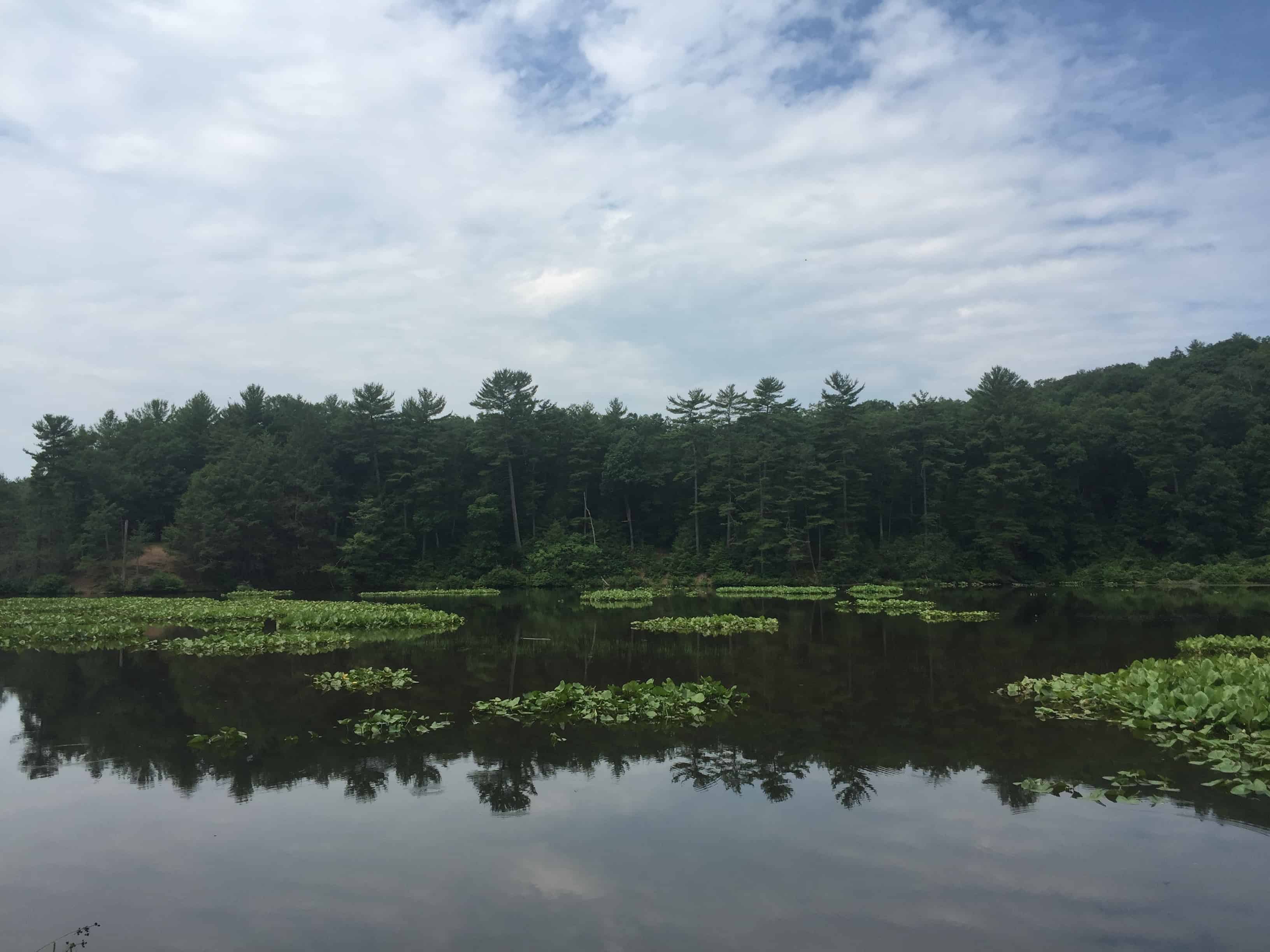 Right smack dab in the middle of Pennsylvania near State College, Greenwood Furnace State Park in Rothrock State Forest has a little history, a little hiking, and a little wildlife- the perfect combination for an RV weekend.

Greenwood Furnace State Park was originally the site of a village that developed around a charcoal-fueled furnace. Using the natural resources surrounding it, the furnace produced a premium-grade iron. Demand was high, one furnace became four, and all aboard! The furnaces supplied the booming railroad industry with iron.

The resources were eventually depleted in 1904, the furnaces stopped burning, and the villagers moved away.

A tree nursery was established a few years later to revive the forest, and for over 85 years, it produced millions of seedlings a year until it closed in 1993.

The Civilian Conservation Corps of course had something to do with establishing the area with amenities fit for a state park, and many of the village remains were uncovered for preservation.

Greenwood Furnace State Park is now a Historic District under the National Park Service and a Historic Landmark for ASM International. The park has little dam, sand beach with a snack bar (no pets as usual on the beach, BOO), and a lake that allows non-motorized boats and fishing, There’s also a small gift shop and display area.

The campground has tent camping and RV spots with electric only, plus clean shower houses (although they have less-than-impressive water pressure and really low shower heads).

Looking at the campground map, we were in site #39 in the pet-friendly section. We had our own private little path (not on the map) to the shower house, and there were trees behind our spot…nice…BUT I love to be backed up against the forest, so I would recommend sites #47, #48, and #51.

The reason I would NOT recommend going further around the bend, like site #44 or #45, is because of a water processing building (not on the park map or this snippet map) that’s located off to the left of the word “trail” that you can see on the left corner.

Greenwood Furnace State Park is just over 420 acres (one of the smaller parks we’ve visited) & has around 10 hiking trails.

We started off on Dogtown Trail (duh!), connected to outer part of Chestnut Spring Trail, and eventually finished on Lake View Trail the first morning, totaling around 2 miles. 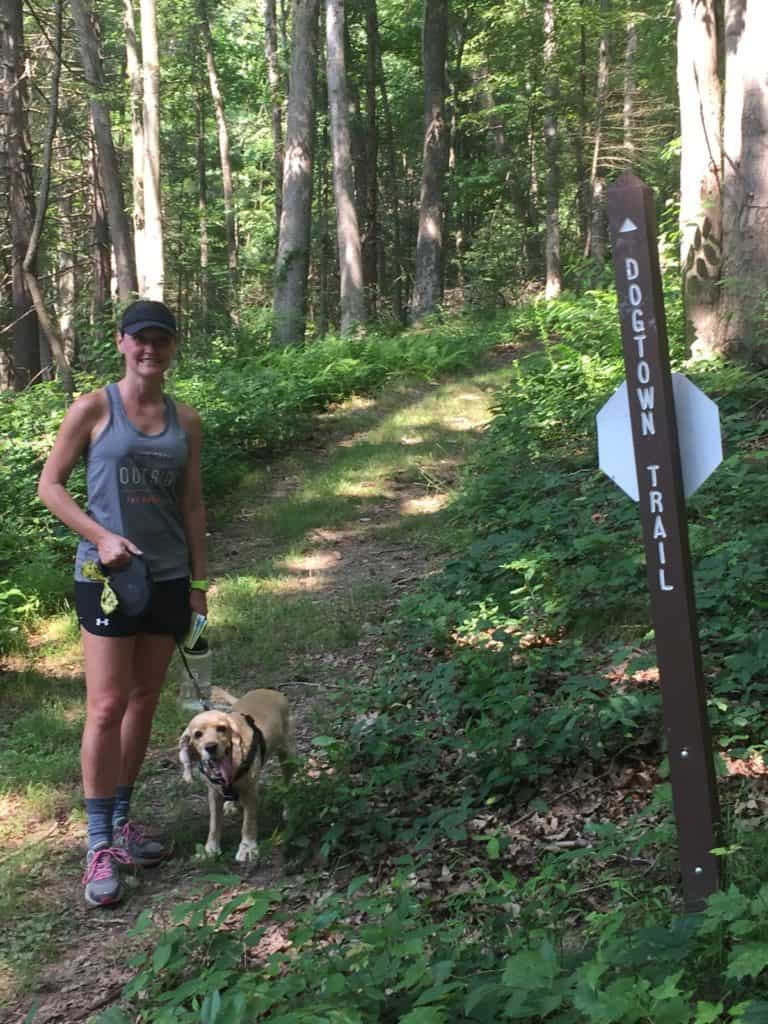 We wandered around the lake a little and let Franklin swim, then passed by some of the historical displays and points of interest on our way to the Monsell Trail.

OF COURSE WE SAW BEAR POOP ON THIS TRAIL. This is the third park in a row we’ve encountered a giant pile of poop, but no bear. Our other wildlife sighting was minor along this 1-miler. 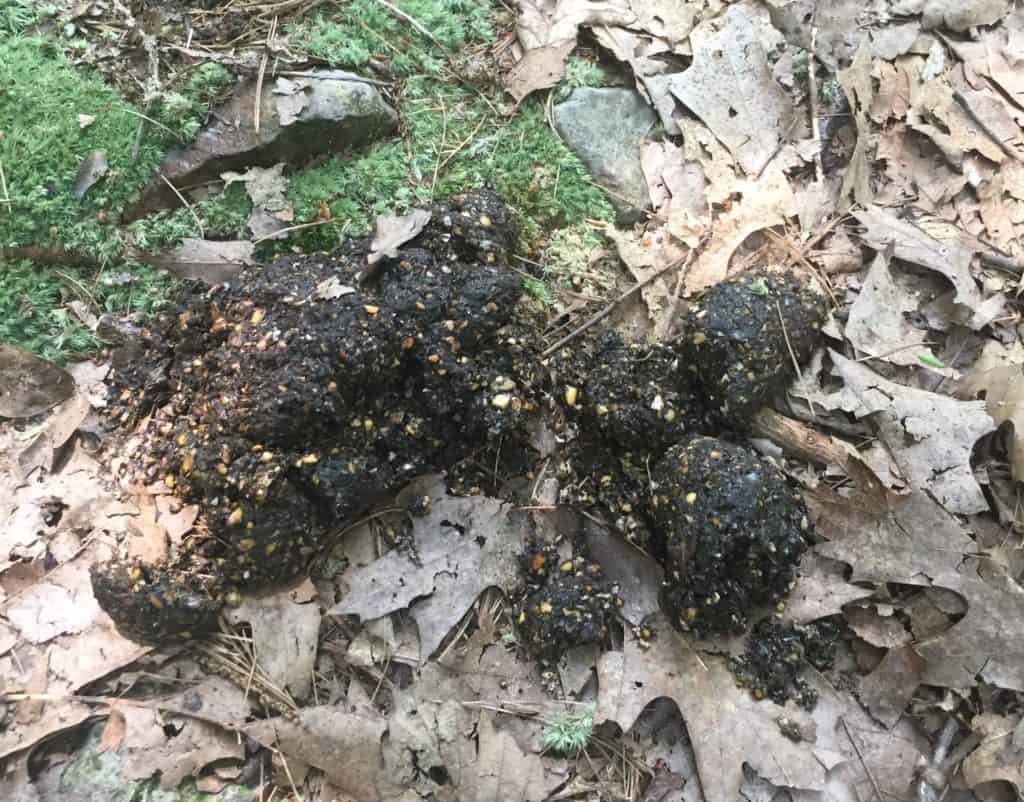 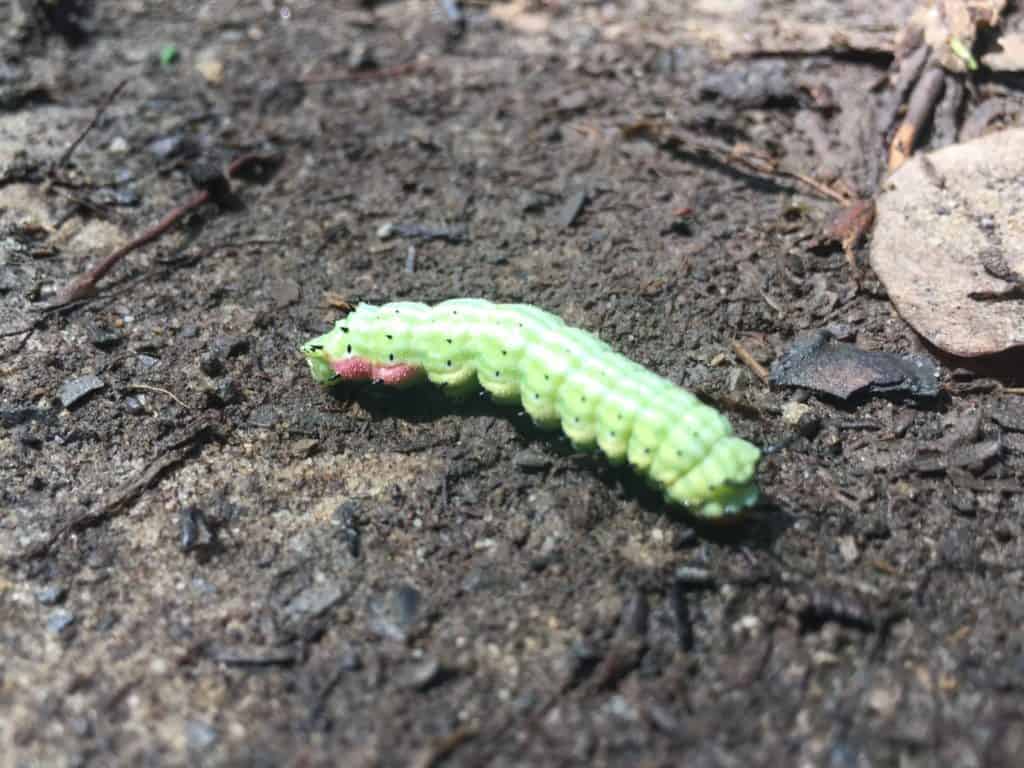 The next morning we decided to venture to Whipple Dam State Park– just 6 short miles away- to do the 3-mile loop, Whipple Lake Trail.

We traveled counter-clockwise from the parking lot that could accommodate Axl Roads, just past the beach, doing the low creek area first and then climbing a little uphill to the opposite side of the lake.

The creek is perfect for dogs (Franklin-tested!), and the trail had lots of nifty foot-bridges & creative overpasses for the low swampy soil. On the higher side, you’ll see plenty of nice firs & good views of the lake.

We even saw an eastern rat snake creeping in a tree trunk! 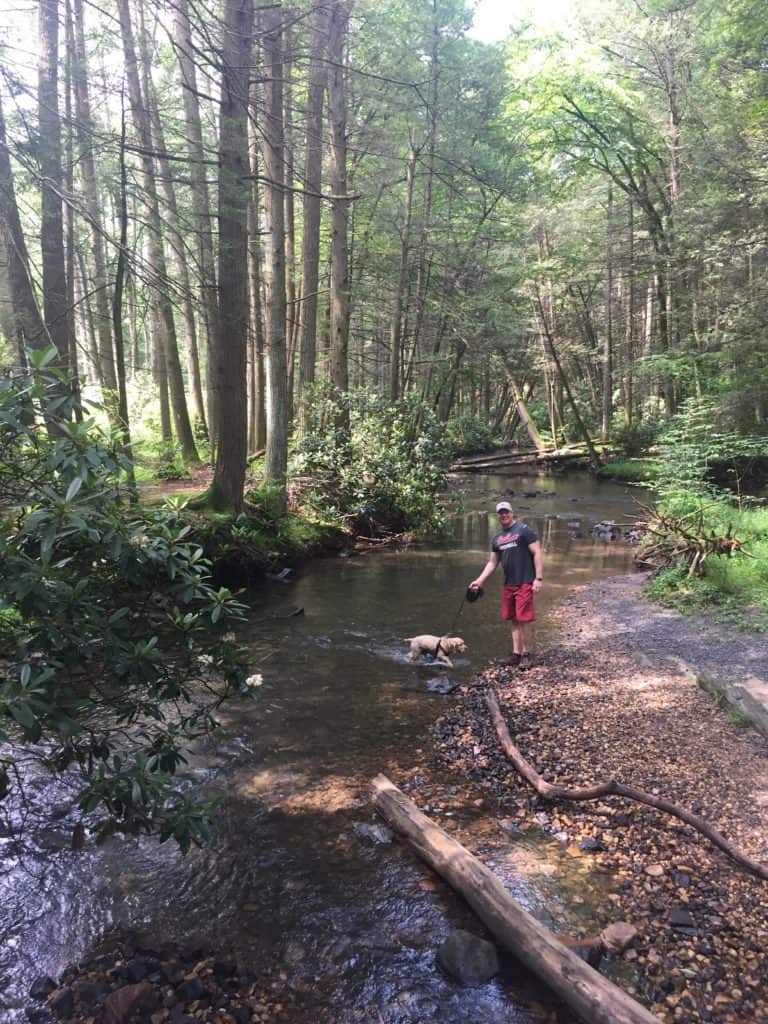 On the way to Greenwood Furnace State Park, don’t miss a stop at Couch’s Sub Shop & Grocery to snag an ice cream cone, quick dinner, or even firewood! The friendly country store is at 13605 Greenwood Road, less than five miles from the park.

They have plenty of room to park your RV & let the dog out, and the chicken Philly special with a side of apple sauce was DELISH!

Greenwood Furnace State Park is a calm, relaxing weekend RV trip complete with zero cell reception, and your dog will love you for stopping at Whipple Dam State Park on the way home.

If you have any parks tips about Greenwood Furnace & nearby parks, or any other pit stops you recommend along the way, please share below!

Axl Roads suffered a trio of unfortunate events.  Here’s how we fixed them.

Nearby Cowans Gap packs a wildlife punch like we couldn’t believe. Read the Trip Report.